I am still working on editing Out of the Ashes – it’s getting closer! As I am re-telling The Wonderful Birch, the “fairy godmother” character is human, not a fairy, with magic that is less flashy than in Cinderella. In the first part of my story, this role is taken by Ásta’s (dead) mother. In the latter half, a wisewoman fills the spot.

My wisewoman’s name is Jóhanna. She is the grandmother of Tryggvi, the “Prince” character. I won’t give away any of her talents (spoilers) but she is a significant influence on Ásta, and one of the three POV voices in the story (the other two being the two sisters, Ásta and Brynja).

Jóhanna is based loosely on the vǫlur, although not an exact equivalent due to her specific talents, and also takes on some of the qualities of the “crone/wise woman in the woods” archetype. She’s one of my favorite characters to write, and features heavily in some of my other stories as well, including a prequel novel about her early life. I am excited to be able to share her with you, soon!

Photo by Elijah Henderson on Unsplash

I live in Oregon, in a tiny cottage in the woods, near a place that looks suspiciously like the entrance to Twinkle Dingle.

When I grow up, I want to be a fairy godmother – but until I figure out how my magic wand works, I will write fiction. It’s basically the same thing. 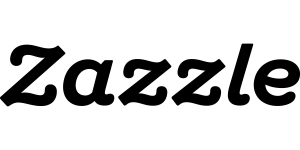